Warning: This page contains images that may cause seizures.

Today, I decided to dig up some of my old projects I made to learn BlitzBASIC in the summer of 2017. I figured I may as well write a blog post about them.

This simple program changed the draw color based on which key you pressed. The last setting makes the text flicker colors (this is a bug, I forgot to double-buffer).

A simple program that shifts a list of numbers corresponding to RGB values from top to bottom, then draws each line of text using the color value from its respective list item.

A very simple program that spins a cube around, this is the first 3D program I have ever written. Holding down 'Space' would cause the cube to spin faster, the text to change color, and the score in the upper-left corner to increase.

A very simple program that allows the user to 'pilot' an arcade machine using the arrow keys. The machine was a random file I made with Blender (back before I knew how to use Blender).

A very simple simulation of gravity, momentum, and collisions in 3D 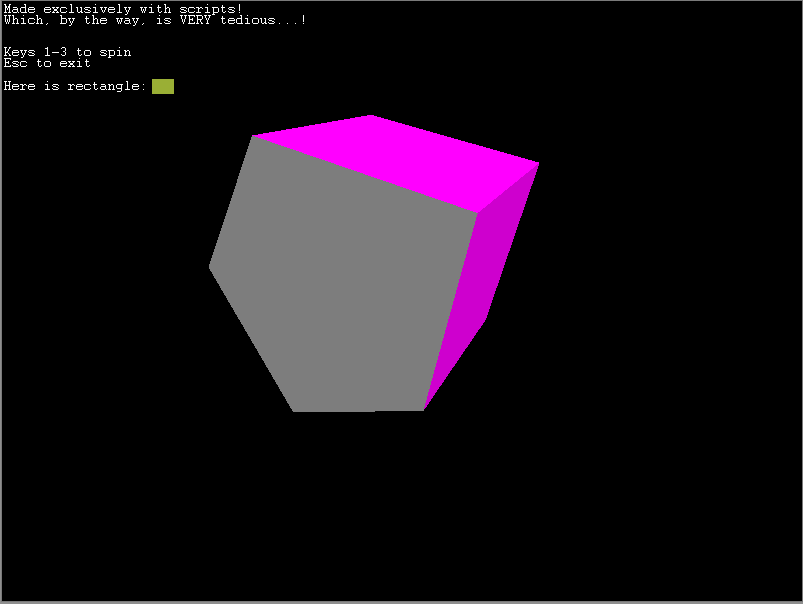 My first script-based mesh. One face is shiny, the rest aren't. 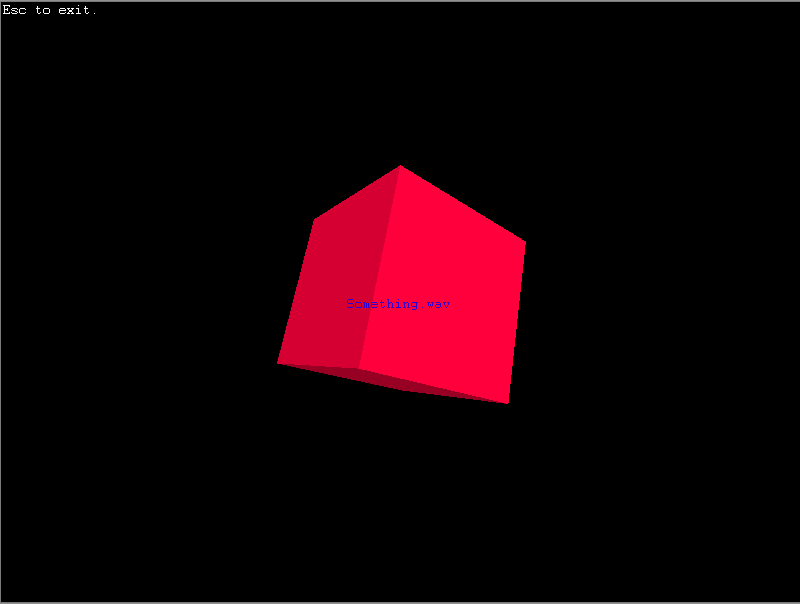 A simple program featuring a cube that shifted from between red and blue while playing the above audio file. The cube spun around like the one in the Cube Thing demo.

A simple program that featured a spinning room. Since the polygons can only be viewed from one side, it creates a nice diorama effect.

Made in part to one-up my friend who had just created orbiting circles in Java, this was an exercise in parent/child object relations.

Inspired by a recent rant against games that "push the limits" of one's system, this is a simple demo that allows the user to change the number of polygons of a sphere at will (less polygons, more speed). Although I did learn how to control the poly count, I doubt that this method (replacing everything with modified copies) would be very effective in a larger project.

Since I didn't know how to use the RectsOverlap() function (checked if two 2D rectangles were overlapping), I decided to make a simple game to figure it out. The game is bad because the graphics are too small to see, and because the paddle is too small to effectively catch the ball.

And that concludes the programs I made during my tech demo spree. These programs are not, however, the only programs I wrote over the summer of 2017. But that is a story for a different blog post.